I like to make my C++ applications Unicode-aware. What do I mean by this? I use UTF-16 where I can, and convert between UTF-16 and UTF-8 if necessary.

This complication is reason enough for many libraries to avoid wchar_t altogether and simply use UTF-8. However, I prefer UTF-16 as I find it to be a nice trade-off between UTF-8 and UTF-32: efficient and more compact than UTF-32 in most cases.

As an aside, Windows charmap cannot display characters past 0xFFFF, which I find to be annoying. So, I've begun writing my own Unicode character viewer using Direct2D and DirectWrite. 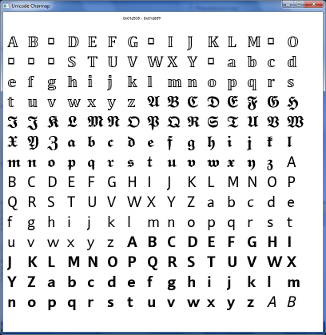 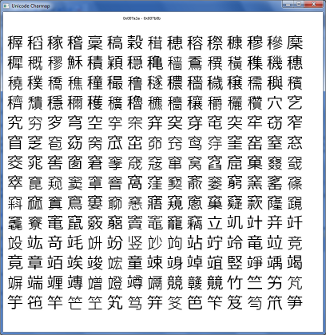 Posted by Hexadecimal at 9:21 PM No comments: